As a response to the Coronavirus, we are streaming our Sunday worship services on our YouTube channel 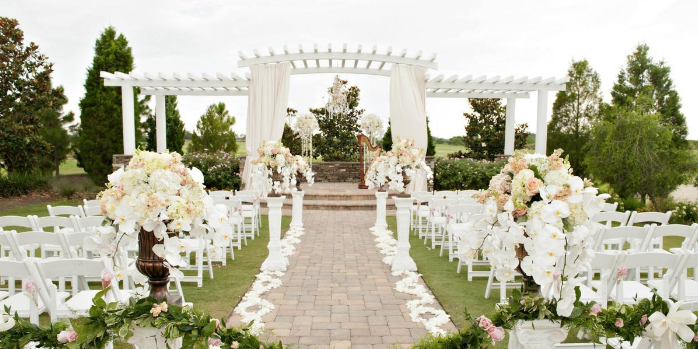 On Friday afternoon I began a whirlwind adventure. I received a phone call from an old friend who was in a heck of a bind. The call came from the rehearsal dinner for his daughter’s wedding scheduled for the next day. He quickly informed me that the pastor who had prepared the couple to marry was having his own family emergency in the ICU and they were without a pastor for the next day’s nuptials.

Less than 24 hours later I was standing on a scenic overlook in Foresthill preparing to wed a young lady, Emily who I hadn’t had a significant conversation with in half a decade to a handsome groom who I had literally just met named Tyler. How was I to do this with integrity? My part of this ceremony could not be about potential that I saw in them, or how gifted they were or even about the level of commitment that they show one another. I knew nothing of these things.

In His grace, God reminded me that this day was not about me or my heroic ability to save the day. It was about the gospel and God’s love and his pursuit of this couple. It was about his care for everyone else who had gathered and would get the chance to hear about all that he had done to provide for them that day.

Moments before leaving for the ceremony I spoke on a scratchy cell phone line with their Pastor Mark, who was next to his daughter’s bed in the hospital. In the midst of his own struggle he had wanted to connect to care for me and to pass along whatever he could of the preparations that had gone into the day. When I asked what he might want me to relay to the couple, his loving words reminded me that this day was not about us, but about Christ and that their marriage would not be determined by the success of the day but by the commitment they showed to one another in Christ. He wanted me to remind them that in the midst of everything, and everything was beautiful, that their promises were not about outward beauty but about looking into and showing one another what was in their hearts. I was reminded of 1 Samuel 16 where we are told that “The Lord does not look at the things people look at. People look at the outward appearance, but the Lord looks at the heart."

As I stood overlooking the beautiful Sierra Nevada foothills I realized three things. First, I realized that during the vows I had just called the groom Taylor, not Tyler. Second, it dawned on me that I was there to represent the pastor who had loved and walked with them, not to replace him. Lastly, I recognized that what they needed from me was not the perfect “wedding save,”... that wasn’t up to me. What they needed was a perfect Savior. That’s what we all need.

In a lot of ways this was a moment of renewal and a reminder of a call for me as a pastor. As one of the pastors of Grace Sac during this new season, we have been navigating many unexpected and sensitive situations. I’ve been thinking a lot about having the right thing to say in a moment when leadership is necessary. I’ve been tempted to believe that if I was a better leader or more intentional that we could have avoided stormy waters or difficult situations. I’ve lamented not being able to be every place I want to be, mostly because I want to be in control of every situation.

I was reminded this past Saturday that while giftedness, experience and wisdom are things that our church needs and that God is growing in me, my call is not to “save the day.” My call is to represent the Savior and what we all need, always, is grace. God’s grace to us was embodied in the person and work of Jesus. The life and the death and the resurrection of the one who saves.

P.S. The groom, Tyler had a wonderful and forgiving sense of humor!