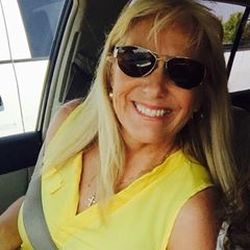 LIFE STORY
Kris, a native Californian, grew up near the beaches of Southern California,  attended Cal Poly State University, married her amazing husband, Ken, moved to Northern California, and taught PE for 13 years. She and Ken have two wonderful adult children: Brady and Bryan, and Shelby, their delightful daughter-in-law. Her four Yorkies rule the roost. In her spare time, she loves to blog www.thegracethatshapesmylife.com, golf, play softball, assist with equine therapy, cheer the San Francisco 49ers and Giants on, and spend as much time with her family as humanly possible.  She is mesmerized by God's grace, and devotes her time to pursuing it and learning all she can about what that looks like day-to-day. She loves using her gifts for God's glory - her tech, admin and organization skills allow her to minister and tend to the needs of the church administratively, while her outgoing love for those around her and her gift of hospitality and mercy make a perfect fit for church health and growth.

TESTIMONY
I always assumed that I was a Christian because I lived in America and my mom took me to church on Sundays.  Being the youngest and only girl of three kids, I was quite the tom-boy growing up, but I couldn't shake the feeling that I didn't quite fit in.  By the time I entered high school, I had questions and doubts, and began the journey of pursuing a relationship with God.  College found me still trying to figure out how to get the attention I so craved, and so I became the funny girl, doing things for attention and splashing my love for others all over, which left my cup pretty dry.  After marrying Kenny, we moved to Northern California and I was drawn to a woman at my church who didn't just talk Jesus, but she lived Jesus. She mentored me and I began to flex my faith muscle for the first time.  Mentors have always been a big part of my story. Fast forward...2 kids...PE teacher...Yorkies galore...and then I semi-retire and start working at an amazing church for 10 years where my pastor and his wife lived grace outwardly every day.  I had never seen grace put into action, and it's there that the meaning of it began to dawn on me. Just working in ministry alongside both of them was a mentoring relationship and my faith grew and grace became more than just a word you hear in church. It was revolutionary to me, and I began to chase after it and make it my own - in the giving and the receiving of it.  My heart’s desire now is to serve God’s people in the broken places of my city and world.

HOPE FOR GRACE SACRAMENTO
How could I not work at Grace, right?  Here, I imagine a place where people are trying grace on, sometimes for the first time, and learning what it feels like to act it out in life in the here and now.  I imagine a group of flawed folks with broken parts learning to have a vertical relationship with the one who created them, and in turn affecting the horizontal relationships around them.  I imagine a place where people come alongside one another in the valleys of life, as well as the peeks.  It is an honor to be serving at Grace, and God placed me here without a doubt.  Working alongside Brad and Daniel is a dream, and I love what I do because I get to mix my administrative skills with my creative skills, along with my love for loving on folks around me.  What a joy it is be a part of this amazing congregation.