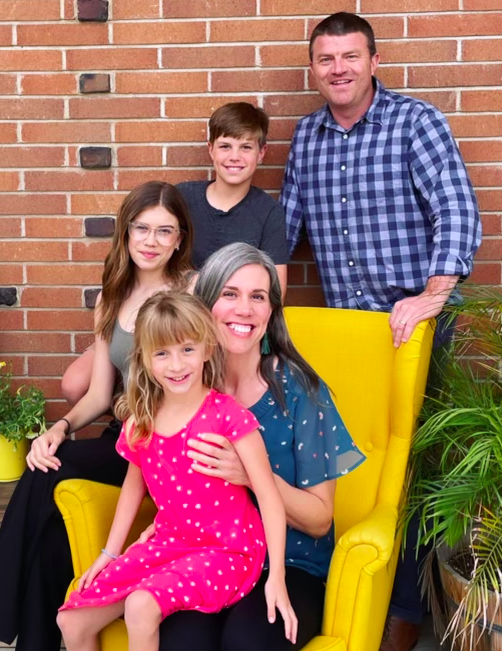 LIFE STORY
Brad is a farm boy from Michigan, went to high school in Illinois and college in St. Paul, Minnesota. He is NOT a Packer fan. He has a BA in youth ministry from Bethel college where he met and married the amazing Olivia. They moved to California in a rented U-Haul in the year 2000 and haven’t been able to stay away from Sacramento since then. He studied theology at Trinity Evangelical Divinity School in Deerfield, IL (MA) before returning to California to be ordained in 2006. He recently completed his Doctor of Ministry degree at Covenant Theological Seminary in St. Louis.

There are three crazy and creative Carpenter kids: Flannery, Asher and Story. The Carpenters have lived in Sacramento for the last 10 years and were part of the core team that founded City of Grace Church which would later become part of Grace Sacramento.
​
Brad loves live theater, crossfit, home renovation and wrestling with his kids. For pleasure he reads Flannery O’Connor, Wendell Berry, Gary D. Schmidt and young adult fiction. Brad and Olivia love Netflix, ice cream and improv comedy.

TESTIMONY
When I was in the third grade, I was attending a United Methodist church with my family when a guest preacher, ironically named Pastor Guest shared the good news that Jesus had died to save me. I nervously responded to an invitation to follow Jesus. Throughout the years that followed I would say I was a church mutt, attending lots of different kinds of churches- Presbyterian, Baptist, non-denominational, just trying to figure out what it meant to be a Christian. In eighth grade, I made a commitment to serve God with my life at a summer camp and began to explore the idea of ministry. In many ways, I feel like we stumbled into a wonderful tradition and a people we call our own in Sacramento but then again, it’s no mistake. God’s grace is all over my story…

HOPE FOR GRACE SACRAMENTO
Grace is at the core of how we understand ourselves as God’s adopted children and what we understand our calling to be. Grace filled churches are needed everywhere. I imagine a movement of urban Grace churches in neighborhood settings throughout the region similar to Grace Sacramento. I imagine these churches committing to serve and revitalize congregations meeting in historic church buildings that are already strategically located in our city’s neighborhoods. I Imagine churches that learn to love their neighborhoods, community schools and serve the needs of the least of these.