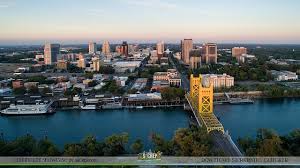 In the midst of a discussion on the Stephon Clark shooting in Sacramento, a fellow pastor looked my way and asked me for my take as an Asian-American. There were two tables in the room with a handful of pastors, but only one Asian-American. Me. At first, I didn’t know what to say. It’s not that I hadn’t thought about it. It’s not because I didn’t have an opinion about the issues. But for whatever reason, I froze. A few words exited my mouth, but none, I think, that was of any significance.

On March 18, two police officers fatally shot an African-American man in his grandmother’s backyard (there’s obviously more to the story than this). This catastrophic event has sparked non-violent civil protests and marches for justice and reform in our city. We’ve seen a range of heightened emotions that have varied from deep animosity to profound despair and growing frustration.

As I write this, I still don’t know what to say. I don’t feel like I have the right to say anything. I have not said anything because I have not wanted to say the wrong thing. But, I know I have to say something.

Especially the times in which we find ourselves, we’re told to pick a side whatever the issue may be. “You are either for us or against us.” There doesn’t seem to be a middle ground for anything. Differing viewpoints seem to be the "line in the stand" that break-up relationships, give us the right to de-friend someone on social media, boycott businesses, or make a decision to leave a church. Like I said, it’s not easy navigating the difficult times we’re living in now.

All that to say, my point in writing this isn’t to take a side. When lives are lost, you can’t pick a side. Over the course of the past few weeks, I have had countless discussions with people on both sides of the line. I have had discussions with white pastors and black pastors. I met Clark’s youth pastor about a week and a half ago and even drove through the neighborhood where Stephon was shot. I’ve read all the articles and listened to varying viewpoints on the radio. And even though I haven’t walked in those shoes, why is it that I experience the same range of emotions?

My perspective is limited. It isn’t complete. I can’t pretend to know or to have experienced the same things. So, instead of offering my opinion on this matter, let me point out a few observations. These may be glaringly obvious so bear with me.

1. We live in a broken world. We see the brokenness of the world comprised of people, structures and the systems that make up our society on full display, especially in times like this. We see it in behaviors, moral patterns, unfair business practices, racism, poverty, dishonest government, cheating, stealing, etc. Sin has broken everything. Our entire personhood has been “broken” by sin. It’s affected homes, neighborhoods, businesses, government, and even churches. Yes, even churches. You don’t need to look very far to see how broken our world really is. The truth is, we are a people in need of redemption, restoration and reconciliation.

2. The path to reconciliation is the Gospel. Hopefully, this doesn’t come off as flippant or disrespectful. It’s difficult to say something or say anything to a person or a group of people who are hurting and in great pain. (delete: parentheses) To tell you the truth, we are all waiting for a day when these things do not happen anymore. As believers, it is our hope that broken things will be made whole, that wrongs will be made right, and that injustice will be no more. The Gospel is our hope. At the core of our faith is a Man who died for His enemies, even praying for their forgiveness. This should lead us, if we really believe the message we proclaim, to great humility, patience and care for those who aren’t like us.
​
3. There is a call for the church to step into the moment. A pastor friend of mine, Tim Coburn, wrote about the same thing recently. You might be better served if I quoted him directly. “Why am I writing this? To encourage us all towards mercy (an active withholding of judgment), empathy (to seek to understand before being understood), grace (giving others the benefit of the doubt), peacemaking (creating more peace than what currently exists), justice (doing the fair & right thing even when it hurts), speaking up (even when criticism is inevitable), and love (a willingness to lay down our life for the benefit of others). Let’s live in the tension, the messy middle of justice not yet realized and contend for something better.”

The church needs to build more bridges, not more walls. Our job is to contend for those who cannot help themselves. Esther 4:14 reads, “For if you keep silent at this time, relief and deliverance will rise for the Jews from another place, but you and your father’s house will perish. And who knows whether you have not come to the kingdom for such a time as this?” We, as a church, have this unique call to be peacemakers in these turbulent and divisive times.